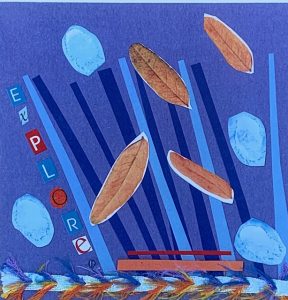 These last two weeks have had me on a vicarious travel roll. After leaving Paris in my last post, I shifted my attention to other parts of the world.

First, I “travelled” to the Australian Open and was introduced to some Melbourne sights, then watched competitors from all over the world—Russia, Greece, Japan, Spain, Serbia, the U.S., and on it goes– display their incredible tennis magic.

And then came Italy. Going to Italy for me, whether real or “in your dreams,” always elicits warm feelings and fond hopes. So Stanley Tucci’s “Searching for Italy” series appeared and helped fill that Italian urge.

“Searching for Italy” airs each Sunday at 6 PST on CNN. It began on Valentine’s Day (!) with a segment filmed in and near Naples, followed last Sunday with a Roman adventure, and will continue for four more weeks of exploring the cuisine, culture and diversity of several regions of Italy. I’m looking forward to this Sunday’s episode which will focus on the Bologna region. So far, it has been a fun and educational romp.

After seeing the first two segments, I have two pasta dishes on my to-try docket. One is a zucchini-sauced pasta Tucci encounters on the Amalfi Coast. I’m still searching for a recipe and may just have to look at the program again and wing it.

The second is a Roman classic called Pasta Cacio e Pepe. The ingredients for this are simple: pasta; cheese (cacio), in this case Pecorino and Parmesan; and pepper (pepe). Can you believe? I’ll let you know when I cook this one, too.

Four of the six sessions of the program were filmed pre-pandemic, so we see people eating inside restaurants. Those were the days. May we all have the opportunity to experience that soon and safely.

Ah, yes… there’s a vibrant world out there with, thankfully, many vicarious ways to access it.